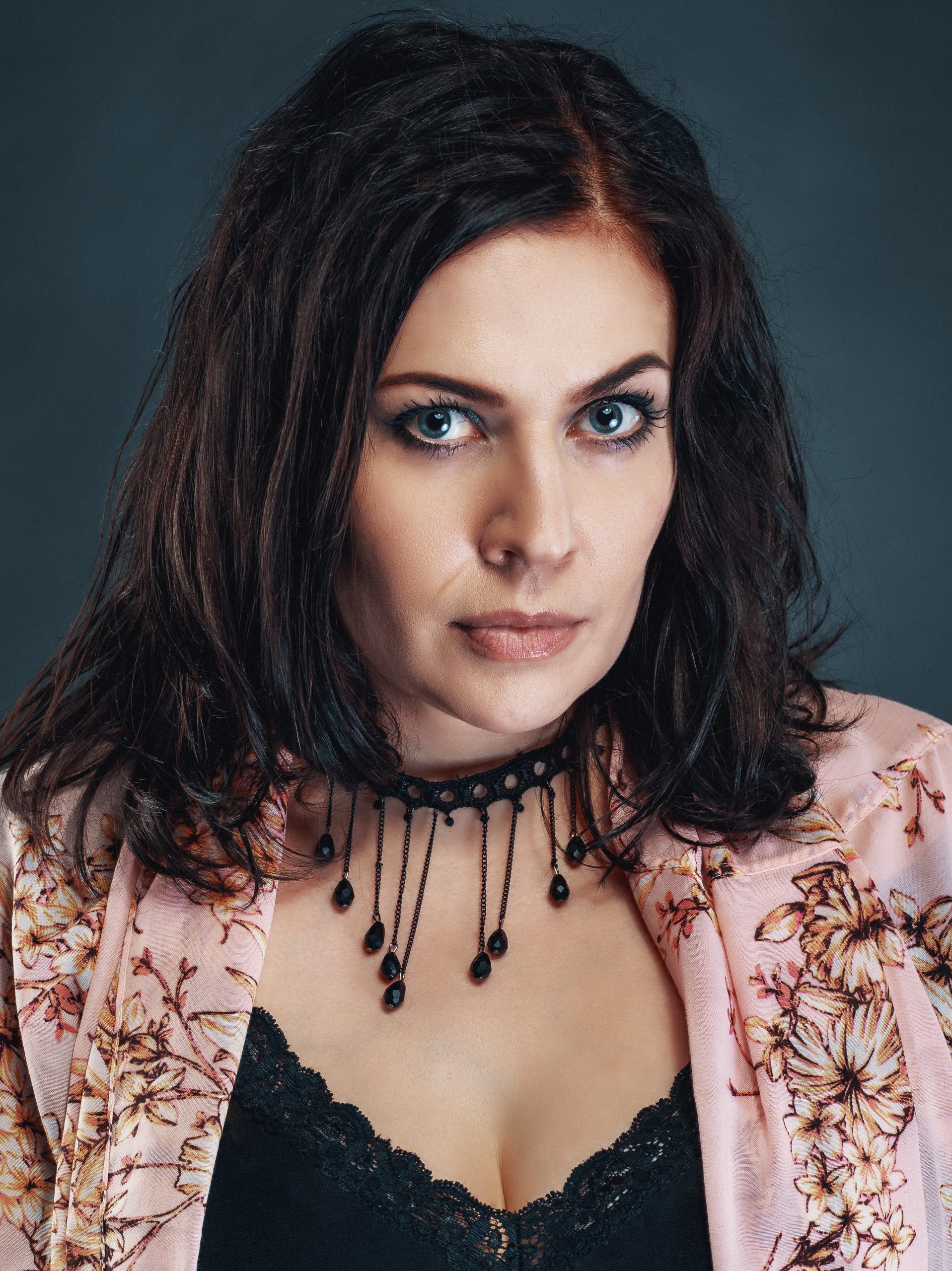 Bio
Heli Slunga is a Lapland-born word wizard and performing artist. She has written four collections of poetry and one novel, worked as a freelance journalist and columnist, directed and performed in the Kaaoskoneisto performance group’s inter-genre performances, and taught poetry writing. She was named Oulu Artist of the Year in 2013.

In her work, Slunga is interested in exploring the contradictory layers of the human condition and the hypocrisy that arises in communities, especially as relates to sexuality and society’s use of power. She aims to be a truth-teller in her community, one who dares to look foursquare and with curiosity at topics the community would prefer not to talk about. Slunga feels that her identity as an artist is strongly rooted in Lapland, and she considers it important to write the way the community speaks. However, in her texts she prefers to operate in the hidden world of instincts and myths than on a societal level. Her imagery may appear mundane and grotesque, but it is linked to a subconscious, symbolic reality.

Slunga has examined social boundaries in her performance art, as well: she takes inspiration from a woman’s place and way of presenting herself, cultural disturbances, and taking up space with bold acts. She probably has some kind of anti-heroine complex, and she is extremely comfortable in liminal spaces where the world is suddenly distorted beyond recognition.

Slanga’s poetry has been described as: “It’s as if our ugliest and most beautiful words had been knotted together into a spider’s web, and the reader feels drawn to examine it more closely.”
—Jänkä magazine

Translations
Slunga’s poetry has been translated into nine languages and published in various anthologies and literary journals. She has not yet been published in a full-length translation.